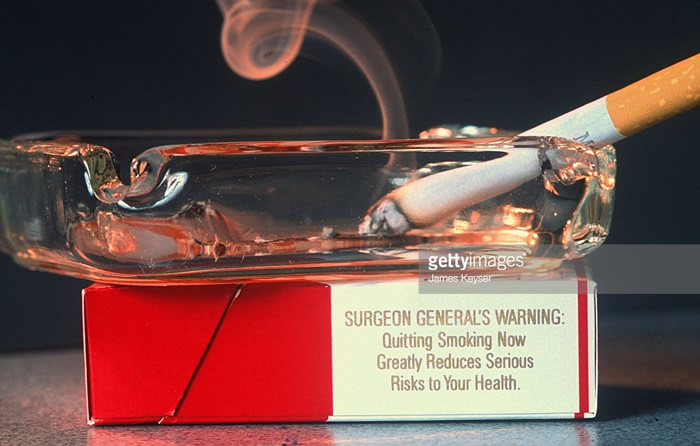 Although there are dozens of cigarette manufacturers, each one with multiple products, almost all cigarettes are produced in the same way. Since most cigarette companies use similar methods, cigarettes affect people in nearly identical ways regardless of the specific company that manufactured them. This is especially true with nicotine.

One milligram of nicotine is not significant enough to cause permanent damage to a human body. However, the nicotine is not the primary cause for concern in cigarettes. It is the method used to ingest the nicotine that presents a grave danger to smokers. Nicotine, along with hundreds of other chemicals, attaches itself to the tar inside the smoke and is absorbed by the lungs when the smoke contacts tissue cells. The nicotine is absorbed into the body quickly, but the tar used for transportation is not. This tar substances coat the lung tissue and over time, with repeated exposure, will create a thick buildup that kills the lung tissue.

Upon first inhaling smoke from a cigarette, the nicotine reaches the person's brain in under 10 seconds, and it reaches the central nervous system in under five minutes. The initial influence on a person's brain depends on a host of circumstances, but in most cases nicotine acts as a mild depressant. Nicotine is a fast-acting chemical, and is quickly used by the human body. All traces of nicotine are usually undetectable in a person within a few days after a final cigarette. The total length of time a person has been a smoker, combined with their metabolism and other physical characteristics, will determine how long it will take for the last traces of nicotine to leave the body.

Nicotine's effect on a person is mental and physical. When the nicotine first reaches the brain upon the inhalation of smoke, the effect is typically a relaxed and slightly euphoric feeling. After the nicotine reaches the central nervous system a few minutes later, this calm feeling is often enhanced in a more powerful physical sense. These effects last for several more minutes, but because their decline is slow and steady it is often not realized by the smoker until much more time has elapsed. People who smoke more cigarettes in an average day typically do so because their bodies have become used to the physical effects of the nicotine on their nervous systems.

The harm done by cigarettes is widely documented and easily verifiable by countless medical organizations and industry publications. Despite monumental efforts by public school districts, the U.S. surgeon general and other groups, many new smokers are grossly unaware of exactly how dangerous the long-term effects of cigarettes are.

Aside from the widely publicized dangers caused by smoking cigarettes, there are additional, often unrealized, health risks directly connected to nicotine. Regardless of the manner in which this drug is ingested, it significantly increases a person's chances of developing cancer. Unlike cigarettes, where the main focus of cancer development is usually in the mouth, lips, throat, and lungs, nicotine ingested in other ways increases the possibility of cancer in a more general sense. People should be aware of this fact and consider the additional dangers associated with smoking cessation products such as patches and gum.