By entering this website, you agree to our terms and conditions and our privacy policy.
FREE SHIPPING IN CANADA ON ORDERS OVER $75
FREE SHIPPING IN CANADA ON ORDERS OVER $75
ORDER BY PHONE: 1 855 378 3337 / MON-THUR 10AM-6PM EST | FRI 10AM-4PM EST
$ CAD
Select your country / currency
United States / $ USD
United Kingdom / £ GBP
Europe / € EUR
My Account
Hello Guest!
Sign in
Register
$0.00
Your Shopping Cart is Empty
Jul 7, 2020  EPUFFER® Vape Canada  Giving Up Smoking, News and Press 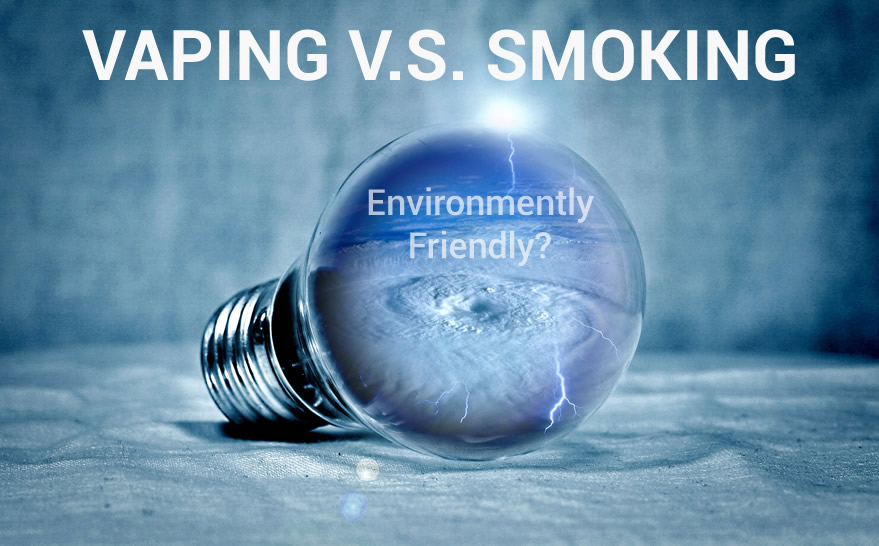 Why Vaping Is So Much Better for the Environment than Smoking

Many people make the switch from cigarettes to e-cigs because they are concerned about the health risks of smoking. However, smoking doesn’t only endanger people – it also harms the environment. In fact, cigarette butts make up a huge chunk of the litter found in typical urban areas – as much as 40% of it, to be exact. If you’re looking for another reason to quit smoking and give vaping a chance instead, consider all the following ways that cigarettes and cigarette smoke are so much worse for our planet than vaping.

The environmental dangers of smoking

If helping to get our environment in better shape is important to you, then you’re far better off choosing an e-cigarette and your favourite vape juice than lighting that next cigarette.

How vaping is better

Looking at the facts, it’s easy to see that vaping is far friendlier to the environment than smoking.

If you enjoy smoking but would like to do your part to help save the planet and leave a cleaner, safer environment for future generations of people and animals alike, do yourself and everyone around you a favour and buy a vape online today.