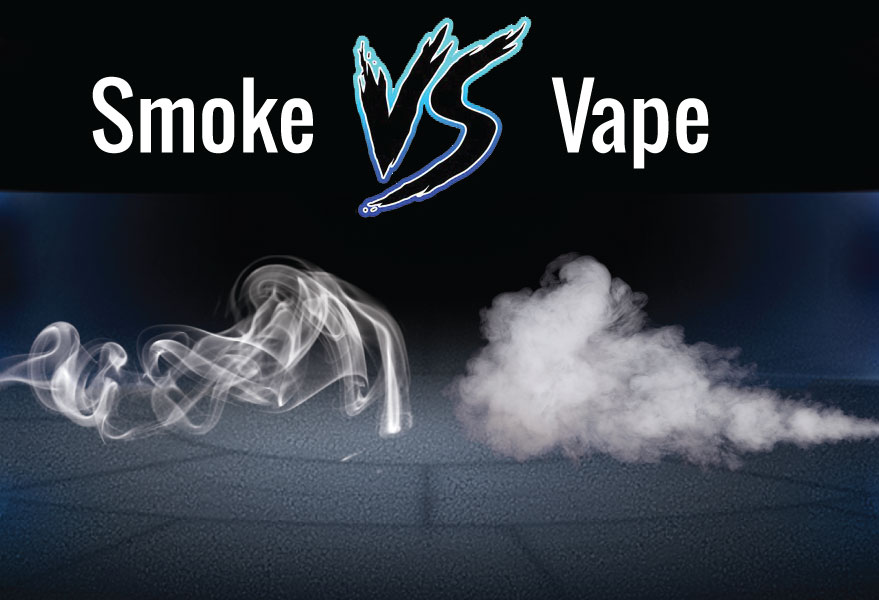 Vapour vs. Smoke - Yes, they are two very different

If you have spent any significant amount of time vaping, then you’ve no doubt heard plenty of people refer to your “smoke” or “vape smoke.” Other terms you may hear people use include “smoking vapour” and “vapour smoke.” Some of these folks are merely curious, but others are concerned that your second-hand vapour might be harmful to their health. Vapour may look a lot like smoke, but it’s indeed entirely different:

Smoke is, by definition, a collection of airborne liquid and solid particles and gases that are emitted when something burns. It also contains a certain amount of air. You may recall from science class that burning is a chemical change – that is, when you burn something, you alter its chemical composition. Many of the by-products of combustion are harmful to inhale.

Vapour, by contrast, is a substance in its gas phase. It isn’t hot like smoke, and it hasn’t undergone a chemical change. It could still be condensed back into a liquid by adding pressure. When you vaporize a liquid, you alter its state but not its chemical composition. Vaporized e-liquid does not carry the same health risks as smoke.

A Closer Look at the Differences

Vaporizing an e-liquid produces vapour while lighting a cigarette produces smoke. Although they share visual similarities, the two have almost nothing else in common. They are composed of different materials, and they behave differently in the air.

Here is a closer look at the individual differences that set smoke and vapour apart.

If you weren’t sure about the difference between smoke and vapour or you needed easy answers for curious bystanders, hopefully, this clears it up.