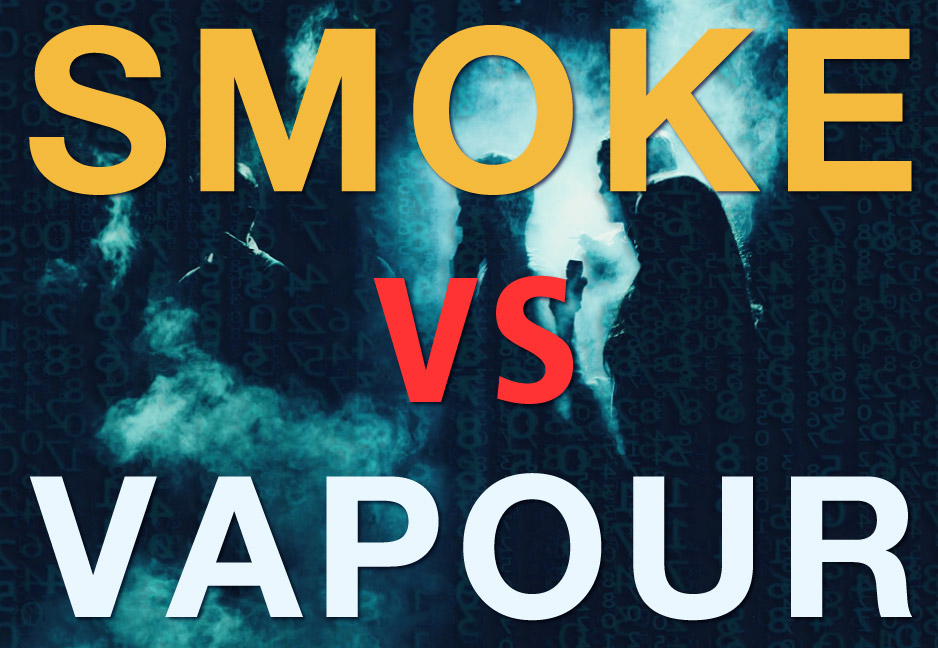 If you have been vaping for any amount of time or spent any time around vapers, then the chances are good that you’ve heard vapour referred to as “vape smoke” or even just “smoke.” Comments and questions around these terms generally come from a place of concern but are uninformed about the truth of vaping and what vapour itself actually is. So that you’ll be prepared to respond to people who are concerned about your “vape smoke” in the future, let’s take a closer look at vapour vs smoke and what makes them so completely different, even if they do look similar.

The differences between vapour and smoke

Simply put, lit cigarettes produce smoke; vapourizing an e-liquid produces vapour. As mentioned, smoke and vapour can share some visual similarities, but they have very little in common beyond that. The two are, in fact, very different in both composition and behaviour.

Here are a few of the key differences.

These are a few of the ways in which vapour differs from smoke, and they illustrate how different these two activities truly are. Whereas cigarettes produce a noxious, chemical-filled smoke that clings to every surface and smells terrible, your favourite e-cigarette emits only a light, pleasant vapour that dissipates quickly and bears almost no functional resemblance to real smoke whatsoever. Are you ready to buy a vape online and get started enjoying a better alternative to smoking? Disposable cigalikes or a simple pod system is a great option for a newcomer to the world of vaping.