Introducing ePuffer’s newest premiere Electronic Hookah offering that will forever change your expectations for e-hookahs and vaping mods, the Arcane! ® This innovative and one-of-a-kind product offers a whole new lot of electronic smoking experience not only to the new fans of e-smoking, but also to the long-time, and more experienced patrons of the hobby! 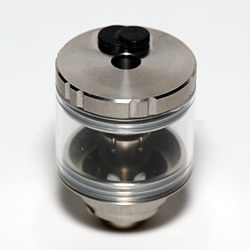 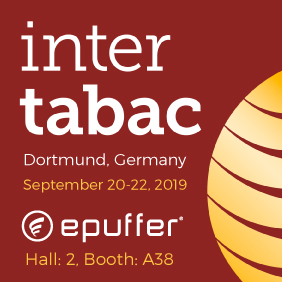 Please come and visit our booth at InterTabac and experience the Arcane!

Current Step:  - We are currently producing 100 units that will make to public for testing.

Preparing for the trial production.

Current Step:  - During this step we produce 100 units and send out to our testers. After 10 days of testing we collect feedback and if nothing major is reported we go in to a production.  ( First production batch: 1000pcs.

The final prototype testing has been completed. EQTS - ePuffer Quality Test Score: 87%. This means we need to revise a few parts to bring quality score to at least 95% before we can start a mass production.

We are happy to reveal the name and product images of the next generation ePuffer e-hookah mod. The ARCANE™

July 15, 2018 - At present time we are at the final prototype assembly testing stage.

What is an e-hookah?

In recent years, concerns about health and many different and varied ways to maintain and improve it have become a big issue in many cultures. It has played an overwhelmingly important role in the development of different present-day hobbies and technology. A hobby that has been greatly affected (and not for the bad, but for the better!) by this sudden shift in perspective and more intense focus on health is smoking. For as far as anyone could remember, smoking entails having to burn tobacco and inhale its smoke - something that a long time ago has been proven dangerous (and even deadly) to anyone’s respiratory health. In an effort to make this relaxing hobby significantly healthier, e-cigarettes are introduced to the market. The ‘electronic cigarettes’ do not require combustion of any material, lessening (even virtually eliminating it) its bad effects, and are effectively making the smoking process a lot healthier.

A variant of this e-cigarette paraphernalia is the e-hookah, the electric rendering of the traditional hookah. This device works just like its traditional hookah counterpart, but does not give its users a fraction of the common bad smoking effects - it heats up flavored e-liquids to create a vapor with a pleasant taste and aroma. ePuffer has taken this basic use and attributes of an e-hookah to the next level, making sure our consumers will be more than happy with their unit, and their vaping experience.

But why choose E-Puffer’s e-Hookah over any other e-Hookah units offered on the market?

ePuffer’s Electronic Hookah ARCANE (ARC200W) is an especially interesting and impressive e-hookah unit because of its powerful, and top-notch internals and specifications. The new e-Hookah boasts of operating on two powerful rechargeable 21700 4000mAh batteries, amounting to a very impressive 8000 mAh combined battery capacity so that a low battery never hinders you from a good puffing session. Being rechargeable, it also powers the device with 200 Watts of power using a high-quality NI200 0.25 Ohm Coil, so you are sure to have only the best, quality vapor puffs. ARC200W also supports temperature control, further giving the device more customizable features and better experience for the smokers who puff. It can go up to 600F, something that you would want for the warmer and thicker puffs!

ePuffer’s e-Hookah is also exceptional because of its easy and hassle-free operation. Just pop the magnetic cover off the unit, put your favorite e-liquid inside and let it sit for five to ten minutes. After that, assemble it on your usual e-hookah base and you can start puffing you heart away!

This new model looks very cool! Thanks for the updates, but when will it be available for sale?
Brian 2

Seriously, really loving this unit. Sub-ohm, and easy to maintain.
Sam I.

I'm really loving this device. The fact that it's a sub-ohm vape on a hookah really makes a big difference.
Brian

Really enjoying this unit. Easy to use and maintain. Fully charged batteries last for about 5 hours of continues vaping.

Free shipping for orders of $75 or more.

Enjoy the advantages of professional help.