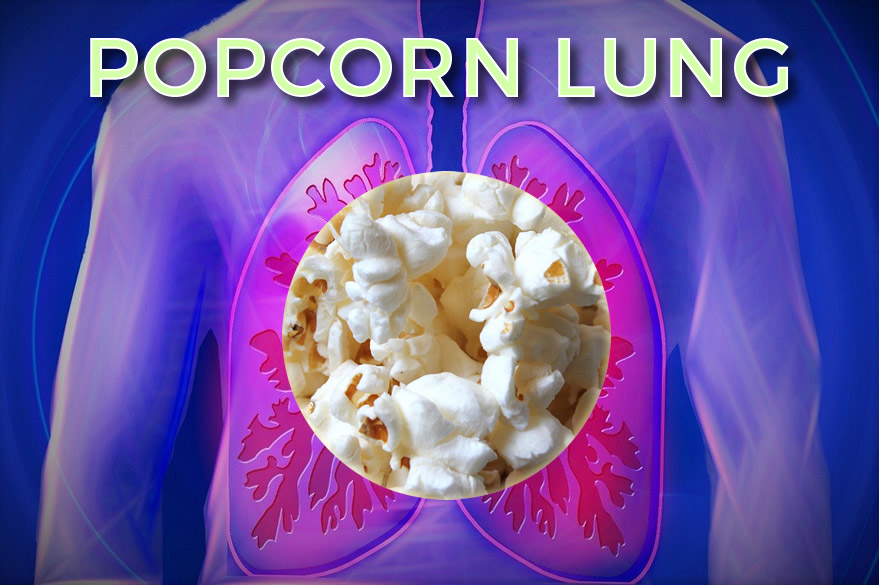 What Is Popcorn Lung?

Among all of the myths surrounding vaping, one of the most prevalent is about something known as “popcorn lung.” This colloquial term actually describes obliterative bronchiolitis, a condition in which the smallest airways in the lungs become damaged, and their efficiency and capacity are reduced. Popcorn lung can be the result of a range of environmental and medical causes, such as infection, inflammation, and inhalation of certain chemicals, including ammonia, chlorine, and metal fumes. In spite of all of these known popcorn lung causes, anti-vaping advocates still insist on blaming vaping as its major cause.

It can be hard to figure out how to know if you have popcorn lung. Because popcorn lung causes scarring in the lungs, it can have a range of effects on the body, including:

Clearly, these symptoms are not exclusive to popcorn lung, which is an extremely rare condition. Someone with symptoms of popcorn lung could have something as simple as the common cold. However, these symptoms should raise an alarm if they persist for several weeks or if they get worse instead of better. Popcorn lung eventually becomes more severe and causes issues with breathing and oxygen absorption; untreated, it can be fatal within months. There is no known cure, but there are treatments that can slow the progression, such as antibiotics or corticosteroids.

Diacetyl is the chemical often blamed for popcorn lung. It is an organic compound found in fermented products, such as alcohol, tobacco, and cultured milk products. It is often used in the food industry to impart a buttery flavour to food or enhance the taste of sweet foods. The FDA categorizes diacetyl as “generally recognized as safe,” but only for eating – inhaling this chemical in large quantities can lead to irreversible lung damage.

What does diacetyl have to do with vaping?

Some vape juices contain diacetyl, but it is becoming far less common. The vast majority of today’s vape companies have produced diacetyl-free e-juice that still tastes great. Buttery, sweet flavours (such as custard) are the ones most likely to contain the chemical; it may also be found in some tobacco and fruit-flavoured vape juice, although this is less likely.

The debate around diacetyl and vaping is nothing new, but it wasn’t until 2014 that a cardiologist named Konstantinos Farsalinos and some of his colleagues addressed the concerns scientifically. These researchers deemed diacetyl “an avoidable risk,” prompting many vape companies to change their formulas. Keep in mind, however, that not all companies did this, and there are many vapers out there happily vaping e-liquid that contains diacetyl with no issue.

Can vaping cause popcorn lung?

Despite the rumours, there hasn’t been a single case of popcorn lung determined to be caused by vaping. Consider this: cigarette smoke contains 100 times as much diacetyl as any vape product (or more), yet smoking is not being blamed for popcorn lung. Despite the vast number of smokers in the world, not one has developed popcorn lung (with the exception of those who inhaled greater amounts of diacetyl in some other setting, such as at work).

The bottom line is that if you are worried about vaping and popcorn lung, you shouldn’t be. The amount of diacetyl found in some e-liquid is so small that it would be virtually impossible for it to cause this condition. Of course, research continues, but most vapers can relax and keep enjoying their vape anytime they like.